Thank you for your kind words. It means a lot to us.

January 26, 2005 is a date etched into the broken hearts of the Linn family. It was the darkest day that has ever visited us. One of our own, LCpl Karl R Linn, was killed in action in Haqlaniyah, Iraq along with three of his fellow Marines. They are Sgt Jesse Strong, Cpl Jonathan Bowling and Cpl Christopher Weaver. These four young men were with the United States Marine Corp 4th Combat Engineering Battalion out of Lynchburg, Virginia.

Our “Greatest Generation” will never forget where they were on December 7th, 1941. Others will remember where they were on November 22, 1963 when they heard about the death of JFK. All of us know where we were on September 11, 2001.

I’ve just finished reading two beautifully written books by mothers’ who lost their sons in Iraq; Heart of a Hawk by Deborah Tainsh and My Son, My Hero byJanice Pvirre. Mrs Tainsh is the mother of Sgt Patrick Tainsh. Mrs Pvirre is the mother of SFC Paul R Smith, recipient of the Medal of Honor.

It was impossible for me to read these masterpieces of the heart without being transported back to January 26, 2005. It was an ordinary day at work until mid afternoon when I received back to back phone calls. The first from my Mother quickly followed by a call from my cousin Susan (Karl’s aunt) saying that Karl had been killed. “This just can not be true,” I thought. I was stoic on the phone with my Mother. When Susan called I burst into tears, speechless.

I trudged through the rest of the work day, my friends urged me to go home. What would I do at home? Just think, turn on the news. I needed to be busy. So I stayed, numb, robotic, disbelieving. That evening I received an email from Karl’s Dad, Dick Linn.

The subject was “What can I say? Hopefully you have heard, but if you have not, we lost Karl today…”

Seeing those words in writing shattered the safe layer of disbelief. That night my husband John and I began making plans for our journey down a road where life will never be the same.

Karl was buried, beside his Grandfather, at Culpepper National Cemetery in Culpepper, Virginia. He was honored by countless family, friends and strangers. On the somber procession from Karl’s hometown of Midlothian to Culpepper, the diminutive town of Goochland turned out her residents to wave the flag and touch hand to heart. We will always remember Goochland fondly, a sweet spot in a heartbreaking day.

Before our flight home we had time to visit the Memorials; Lincoln, Vietnam, WWII and Korea. Etched in the wall of the Korean War Memorial are words I’d heard before that had taken on a new meaning. Freedom is not Free. The cost of Freedom is very high.

We returned home to California and slowly life returned to normal. In the back of my mind I struggled with wishing I could do something for Karl’s parents Dick and Malisa and his brother Tan. I would send an occasional email and I would think about Karl and his family often. Memorial Day was different that year than previous years.

Karl and many others joined the Armed Forces having been affected by September 11th. Watching the prelude to an auto race with the traditional fly over from a neighboring air base and singing of the National Anthem brought tears to our eyes. I used to chuckle when my parents stood up as the National Anthem was played on television; now I find myself standing.

Nothing will ever be the same. We owe everything we have to these courageous young men and women who are willing to put themselves in harms way, some of whom pay the ultimate sacrifice.

In March, 2006 my best friend, Sue Monahan Hogan, went to The Swallow’s Day Parade in San Juan Capistrano, California. There she met several Volunteers from American Heroes Tribute. Sue and her husband were inspired hearing the Mission and Vision of American Heroes Tribute and made a generous donation in Karl’s name.

Sue received a letter from Robert Pfeiler, Cofounder and President of American Heroes Tribute who asked if Karl was family or did she know how to his contact family. He wanted to make a banner to honor Karl and he would find someone to sponsor it. In the letter Robert wrote “there is never a charge to the family.”

In April, 2006 I contacted Mr Pfeiler and explained I was Dick Linn’s cousin and would love to do whatever I could to help see that a banner was made for Karl. I practically had to arm-wrestle (figuratively) him over fund raising for the banner. He insisted on finding a sponsor. I insisted on raising the money. He finally surrendered after I explained the Linn family is very large and would be honored to contribute to celebrate one of our own.

Within two weeks of sending emails and snail mail to family and friends we had met our goal. In four weeks we had almost doubled our goal. This enabled us to not only have the large banner made but also to obtain small versions of the banners for Karl’s immediate family.

The banner for Karl Linn and seven others were unveiled on July 1, 2006 after the 4th of July Parade in Oceanside, California. Karl’s aunt Susan and his cousins Nick and Sam, my husband and I rode in the parade along with family members of the other Heroes whose banners were being unveiled that day. Riding in the parade brought back memories for us of that bittersweet drive a year and a half earlier through Goochland, Virginia en route to Karl’s resting place. Cousin Sam wore Karl’s camouflage hat. The love from the residents of Oceanside had tears streaming down our faces. Another step in the healing process.

I was invited to attend a Board of Directors meeting several weeks after the Parade and Banner unveiling. At that meeting I was invited to join the Board as a Liaison to the Families. I am honored. I will do my best to see that everyone I come in contact with is treated with the same reverence and respect that I was.

Insisting on having this family (the Linn’s) raise the money for Karl’s banner helped the American Heroes Tribute Board members realize that there are most likely many families that would like to be involved in the fund raising aspect of the banners. The Board is extremely sensitive, and rightly so, to the feelings of the families.

Every individual grieves in their own way and in their own time. Some do so quietly and privately, others do so publicly and some need to take action. Some write books, others join groups. Some help counsel others that are just beginning their walk.

My Vision is to honor all family members that reach out to American Heroes Tribute. I envision a Family Liaison for every state in the union.

This vision is symbolic of the Linn family, scattered across the United States, that gratefully made donations to honor Karl with a permanent banner. American Heroes Tribute enabled the diverse and geographically distanced Linn’s to “do something” as we all wished there was something we “could do” for Dick and Malisa and Tan. Through American Heroes Tribute we have done something that permanently honors Karl.

May rich blessings and hope be felt by all of the Family and Friends of our Heroes. I invite anyone who would like join us, in Volunteer Service, to contact me through American Heroes Tribute. I am one person with limited capabilities. However, working together, the possibilities of what we can accomplish are vast and unlimited.

Fondly, (I’m not sure how to close this!)

Your sponsorship will cover the cost of a 3′ x 9′ banner for public displays honoring a Fallen Hero and an additional 18″ x 54″ commemorative sized banner for the family of the Fallen Hero. 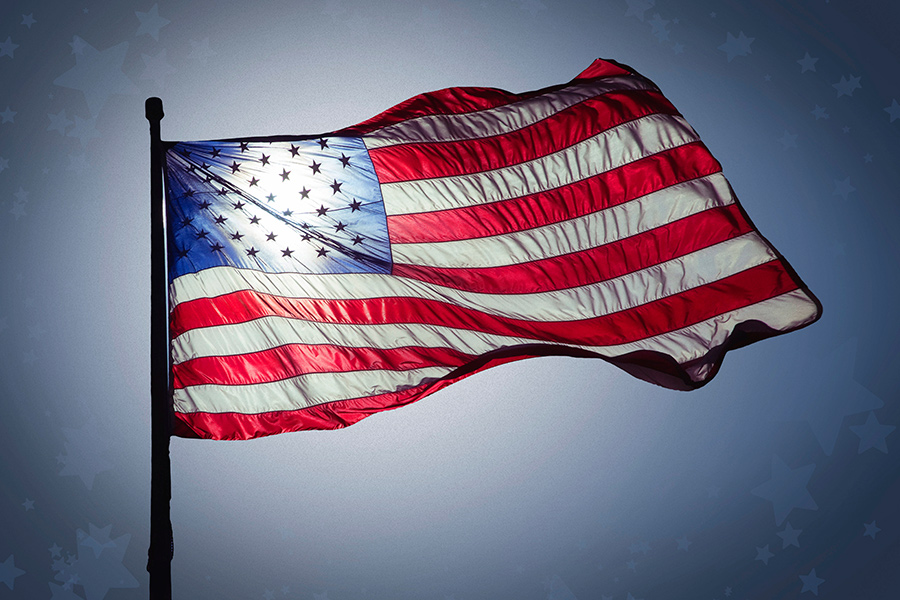